With our trip around the world, we have covered a lot of material, consequently, there are many resources here for you to pursue and learn more. Do not be thrown by the publication dates as they are the year that the particular edition was published and not the original publication date.

Music is a wonderful way to introduce oneself to other cultures and religions.  Five CD's are included below featuring the artists whose music was featured in the background during the Content Session.

Indigenous religions are the oldest religions in the world and remain vibrant today for indigenous people such as Native Americans in the United States or aborigines in Australia. Elements of indigenous religions have also been revived in new religious movements such as Wicca which draws from the indigenous and folk religions of Europe.  Below you will find books by Bahr and Gill on this subject.  Also an excellent video series on Natie Americans by Costner.

This religion of India is so diverse that it is best thought of all a collection of religions.  Nevertheless, this diversity is held together by a common world-view.  Hinduism is a birth religion and is the oldest of the world’s major religions.  The book below by Klostermaier is a good place to go for more information about Hinduism.  The PBS vidio series by Wood is an outstanding introduction to India.

Many people know next to nothing about this interesting Indian religion that gave the world the concept of nonviolence.  Below you will find a book by Long and a video by Tobias to learn more about Jainism.

While we may not normally associate Buddhism with India, that is where it originated. Buddhism is one the most important religions in the world based on its historical impact. That occurred because at certain times and in certain places, Buddhism has been a missionizing religion.  However, that is not how most westerners today perceive Buddhism. Such a disconnect is a good reason to suggest that we need to learn more.  Below you will find a book by Smith and Novak and well as a PBS video series by Bush.

The Sikhs have a fairly large presence in the West.  For instance in the Milwaukee area where I reside there are two Gurdwaras (Sikh Temples).  Nevertheless, most in the west are painfully ignorant of Sikhism often mistakenly labeling it a Middle Eastern religion.  The book by Mann is a great way to learn more about Sikhism.

With its environmental, back-to-nature and other concerns, Taoism has drawn much interest in the West as of late.  However, Taoism is much more than this, it is an ancient and complex religion from China.  The books below by Blofeld, Bynnerand Hoff will help you learn more.

We have probably all seen quotes from Confucius, perhaps in a fortune cookie. However, to understand China, one needs to understand this ancient Chinese religion and it is much more than those choice quotes.  The book below by Rainey can help you learn more.

Shinto in Japan plays a similar role to what Confucianism does in China, it undergirds everything.  So if you want to understand Japan, you must understand Shinto. Its unabashed polytheism is a starnge world to enter for Westerners. The book below by Breen can help you learn more.

Zoroastrianism is likely the first religion to have fully developed the concept of monotheism. Mostly likely, Judaism, Christianity and Islam learn it from them.  Moreover, Zoroastrianism is a living religion with it still practiced where it was founded which is modern day Iran, though it is oppressed there.  There is also a sizeable Zoroastrian community in India and smaller communities in other places including the United States. The book below by Rose can help you learn more.

While the number of Jews globally is fairly small, the impact of Judaism is huge. Moreover, most Christian forget that Jesus was a Jew and that Christianity started as a reform movement within Judaism.  Most Westerners, so shaped by Christianity, have misperceptions and misunderstandings of Judaism.  Here are some resources to help you learn more so as to correct those errors.  Below you will find two books.  The Neusner book is an excellent academic instroduction to Judaism.  The Schoen books is an excellent resource to help overcome incorrect understandings of Judaism.  You will also find 2 video resources one by Eban and the other by Koshofer.  I find the Eban series to be a remarkable overview of Jewish history.

In terms of geo-politics, probably no religion is more important to understand than is Islam today. Unfortunately, the rise of radical Islamic fundamentalism has made accurate understanding even more difficult.  While that aspect of Islam cannot be ignored, one must be careful not to let it define one’s perception of Islam in general. Doing so would be much like using the Crusades to define Christianity. Below are two good books to learn more about Islam.  One is by Armstrong and the other is by is by Lewis & Churchill. 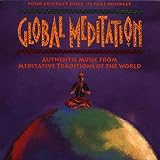 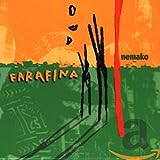 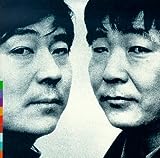 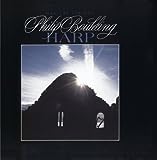 Bill Moyers: The Wisdom Of Faith With Huston Smith 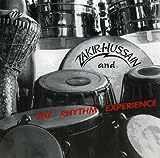